Door & tailgate handle covers by Bully provide a quick and inexpensive way to upgrade your vehicle without any modifications like drilling or cutting. These covers are manufactured from T-304 stainless steel or high-grade ABS plastic and are triple chrome plated for a shiny finish that will last. 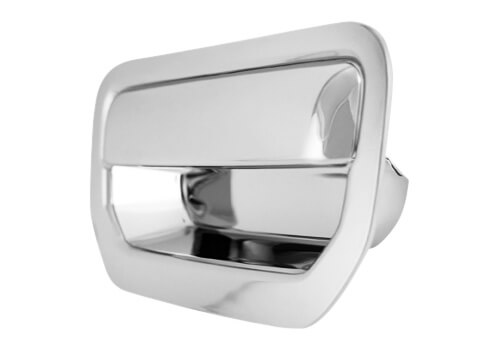 Want to outfit your truck with chrome without considerable expenses and efforts? Get chrome covers for your vehicle’s tailgate and door handles designed to ensure corrosion-resistant good looks. You can install them right out of the box by yourself – they stick over the existing handles with durable automotive-grade 3M tape adhesive that creates a strong bond. Their non heat conductive construction allows for added durability – they are made to withstand the test of direct sunlight and high temperatures, which often cause the adhesive to melt and the covers to come off.

No worries about fitment – each door and tailgate handle cover by Bully is designed for each specific application to perfectly match the contours of your factory handles and housings. Triple chrome plating and strong ABS plastic or T-304 stainless steel construction ensure that you’ll enjoy the shiny chrome look of your vehicle for years to come! If you are after custom look and fit, trust Bully, a renowned manufacturer of truck accessories. 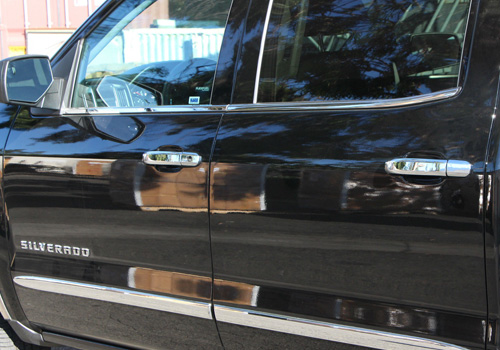 Chevrolet has been manufacturing vehicles for more than 100 years, since 1911. The company was founded by Louis Chevrolet and William Durant. Louis was known as an engineer, mechanic, and daring racer. In 1905, he set a land speed record reaching 111 mph in a special race car. Durant was the founder of another automaker, General Motors, but he was cast out from the management of the company. The first models by Chevrolet were the Series C Classic Six and the Little. The Series C was a large, finely crafted automobile with a 4.9 L six-cylinder engine rated at 40 hp under the hood. Despite its high cost, the automobile was praised for comfort, style, and precision. The Chevy Little was a smaller and more affordably priced automobile. Both cars were successful, though Durant directed the company to the production of entry-level vehicles.

It is not a big deal to find the Chevy model that is just like yours on the road today as they are very popular. However, you can make your vehicle distinctive easily, simply installing custom door or tailgate handle covers. We carry a number of Chevrolet door & tailgate handle covers made from premium materials, hence providing quality and durability. Our inventory is large, so you can easily find the cover to fit your Chevy and your taste perfectly. 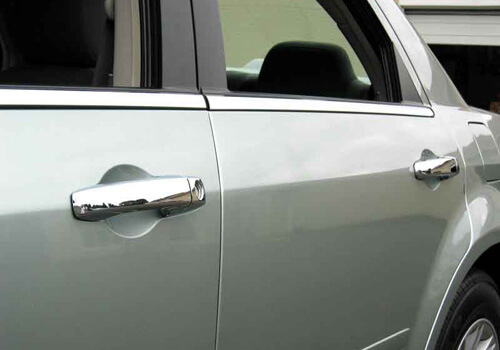 Dodge was established back in 1900 and is still an active vehicle manufacturer. The company was named after its founders, John and Horace Dodge. In the early years Dodge was a supplier of components for Detroit-based vehicle makers. In 1914, their first car, the Model 30, was launched. It came with an all-steel body construction, sliding-gear transmission, 12-volt electrical system, and other innovative features that are common nowadays. The Model 30 was more expensive that the Ford Model T, though it also became very popular.

In 1916, Dodge was the second largest automaker in the USA. Unfortunately, in 1920 John and Horace died suddenly and in 1925 their wives sold the company to Dillon, Read & Co. Three years later, in 1928, Dodge was acquired by Chrysler and is still their subsidiary today. Dodge created such iconic models as the Charger, Viper, Ram, Caravan, and Challenger.

Aftermarket tailgate and door handle covers are a great way to add a custom style to your vehicle. They can be easily installed without the need to go to a service station. In our range of Dodge door & tailgate handle covers you can find lots of finish and design options and get the product you like most. Made from ABS plastic or stainless steel, our covers won’t rust. 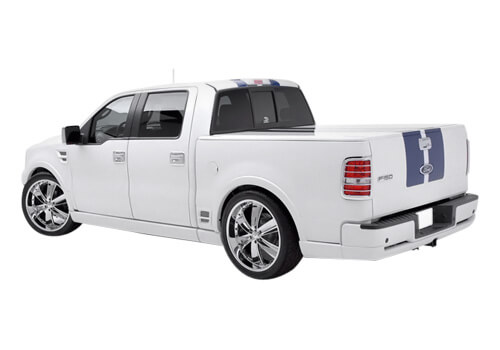 One of the world’s largest family-controlled companies today, Ford was founded back in 1903 in a converted factory. Originally, they built automobiles by hand, relatively slowly. Ford manufactured only up to few thousands cars per year. Everything changed in 1913, when the company introduced the integrated moving assembly line. The time needed to assemble the vehicle’s chassis was reduced greatly – from 12,5 to 1,5 hours. An increased speed of production allowed Ford to decrease the price of their vehicles and to make them affordable for most middle-class American families. The Model T by Ford set several sales records and over 16.5 million units were sold in total. It is still one of the best-selling cars in the world. Besides, the Ford F-Series and Ford Escort also are in the top 10 list of the world’s best-selling vehicles.

Ford manufactured millions of vehicles, that’s why chances to meet the model looking just like yours are high. However, you can add some custom style to your Ford by installing aftermarket door handle covers and tailgate handle covers. In our catalog we carry a comprehensive range of Ford door & tailgate handle covers for you to get the most suitable one. They can be installed easily and quickly in a matter of minutes without any body modifications. 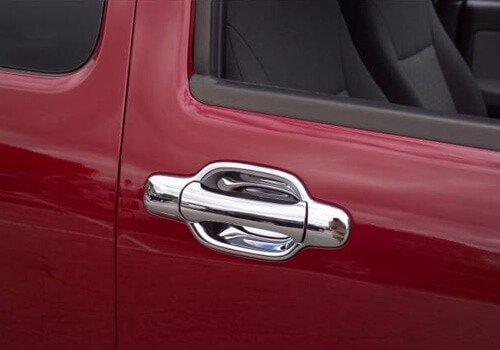 GMC was established in 1912 on the basis of two truck manufacturers, Rapid and Reliance. The experience gained by the companies that were one of the first truck makers in the world helped GMC to achieve success from the very beginning. The company built 22,000 trucks in 1912 and they are considered some of the first mass production trucks in the world.

For its entire history the brand was a division of General Motors oriented on the production of utility vehicles and trucks. However, GMC also manufactured vans, buses, SUVs, motorhomes, and military vehicles at different times. Some of the most popular GMC models are the Sierra, Yukon, and Savana. The luxury Denali line is worth a special mention. It is one of the fastest growing model lines in the USA, it sells more vehicles than some luxury brands.

You can add a touch of style to your GMC easily by installing a tailgate handle cover or door handle covers. These small accessories will help you make your vehicle distinctive. Our GMC door & tailgate handle covers can be installed easily and quickly without tiring adjustments. Produced from high grade materials, they will deliver long-lasting quality. Look through our selections of Bully hitch covers and other accessories to complete the look of your GMC. 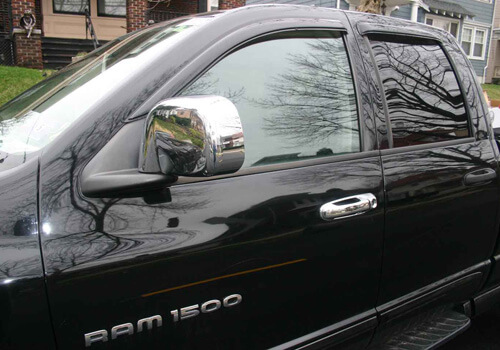 Ram Trucks became a standalone brand in 2010, however vehicles with the ram logo appeared long time ago. The first models to feature the ram head hood ornament were launched in the 1930s by Dodge. The company made this move to accent the ruggedness of their trucks. The logo was dropped few decades later, but it was relaunched with the introduction of the new pickup truck, the Dodge Ram. Since that time the production of Ram-branded vehicles has never been stopped. Numerous special editions of the Dodge Ram were built, including the performance-oriented Ram SRT 10 powered by an 8.3 L V10 engine borrowed from the Viper, the off-road version named the Power Wagon, and others. The present-day model line by Ram Trucks features four pickup trucks and two vans.

In case you want to make your pickup truck or van more distinctive, take a look at our inventory of Ram door & tailgate handle covers. We offer a range of options for you to get something special for your vehicle. Our products are manufactured from quality materials, like stainless steel and ABS plastic, to provide long-lasting durability. The installation process is easy, quick and effortless. Browse our selections of Bully hitch steps and other accessories to make your truck more convenient.

Bought a door handle cover kit and chrome mirror covers from this manufacturer and I can say they look good all together on my 2014 Ford F-150. I had absolutely no issues installing these.