The Most Reliable Car Manufacturers

Established more than 110 years ago, Ford Motor Company is one of the oldest and most reliable car manufacturers nowadays. For its founder, Henry Ford, it was the third attempt to set up a carmaker after Detroit Automobile Company and Henry Ford Company. Unlike two previous attempts, the third one was successful. One of the main reasons of success was the introduction of the first moving assembly line. It allowed Ford to considerably decrease the time needed to assemble the car chassis and to reduce the price of the automobile. The first car manufactured using this production technique was the Model T. It set a number of sales records and by 1914 about 90 percent of vehicles worldwide were built by Ford. By the time of the Model T discontinuation in 1927, more than 16.5 million units were sold. The same year the famous blue oval emblem appeared, the first model to receive it was the Model A.

FCA US LLC, more commonly known as Chrysler, is an American subsidiary of a multinational corporation, Fiat Chrysler Automobiles N.V. The founder of Chrysler, Walter Chrysler, joined efforts with ex-Studebaker engineers to create a new, revolutionary “luxury” automobile available at a reasonable price. Their first model was the Chrysler Six, a well-equipped and reliable vehicle that offered such innovative features as a high-compression engine with six cylinders and standard four-wheel hydraulic brakes. Besides, it came with replaceable air and oil filters, aluminum pistons, shock absorbers, tubular front axles, full-pressure lubrication, and indirect interior lighting. During the next decade Chrysler introduced a range of other innovations, such as downdraft carburetors, new technique of mounting engines to isolate vibration named Floating Power, one-piece curved windshields, and others. The present-day model line includes passenger cars and vans that still deliver innovations and latest technologies.

The second oldest automobile brand in the U.S. and one of the oldest in the world, Cadillac was established back in 1902. Originally, it was founded as the Henry Ford Company, but due to the controversy between Henry Ford and his investors, Ford and some of his key partners left the company. Henry M. Leland was called in instead and the automaker was renamed the Cadillac Automobile Company after French explorer who founded Detroit, Antoine de la Mothe Cadillac. The brand’s logo was based on Cadillac’s coat of arms. The first vehicles by the company were two-seat horseless carriages powered by a single-cylinder engine good for 10 hp, largely similar to the Ford Model A. Four years later, in 1906, Cadillac became the first volume producer of a fully enclosed automobile. In 1909, the company was acquired by General Motors. Nowadays, Cadillac manufactures luxury vehicles and markets them worldwide. The current lineup includes passenger cars, SUVs and performance cars.

Founded back in 1948, Honda began to manufacture vehicles in 1963. By that time it was the world’s largest maker of internal combustion engines (by volume) and the largest motorcycle manufacturer. The first vehicles by Honda were a mini pickup truck, the T360, and a sports car, the S500, both launched in 1963. For the next decades the company largely expanded their lineup and presence in many countries around the globe. In the 1970s, Honda unveiled two reliable models that became some of the most successful vehicles in the world, the Civic (1972) and Accord (1976). More than 18.5 million Civics and 17.5 million Accords were sold as of 2015 and they both are still in production nowadays. Apart from the Accord and Civic, the current lineup features pickup trucks, vans, SUVs, and hybrid vehicles. Besides, Honda is the first Japanese vehicle maker to launch its own luxury brand (Acura).

A division of Chrysler and one of the most reliable car manufacturers today, Jeep was established back in 1941. The first models were manufactured by Willys MB specifically for military purposes. It was the primary light 4-wheel-drive vehicle of the Allies during World War II and later in the postwar period. Civilian Jeep models saw the world in 1945. They became successful very soon and inspired the introduction of other light utility vehicles and are considered the first SUVs nowadays. Jeep underwent a number of owner changes during its history. The brand was a subsidiary of Willys MB, Kaiser-Jeep, American Motors Corporation, and Chrysler at different times. Since 1987, the company has been a division of Chrysler. The Jeep lineup includes 7 reliable models, exclusively sport utility vehicles and off-roaders. Earlier the company also manufactured pickup trucks.

Kia Motors or simply Kia was established in 1944. Its name derives from Sino-Korean characters “ki” and “a” and can be interpreted as “rising out of (East) Asia” or “arise or come up out of (East) Asia”. Originally, the company, Kyungsung Precision Industry at that time, produced bicycle parts and steel tubing and in 1951 they manufactured the first Korean domestic bicycle, the Samchully. The next year the company changed its name and became Kia Industries. In 1973, Kia opened their first integrated automotive assembly plant. The company produced passenger cars until 1981 when they had to focus on light trucks due to political reasons. In 1986, they renewed the production of cars in collaboration with Ford. Since that time that company’s popularity has been increasing. In 2014, during a visit to South Korea Pope Francis rode in the Kia Soul, which contributed to the international attention to the automaker.

The Lincoln Motor Company or simply Lincoln was established in 1917 by the engineer Henry Leland and his son Wilfred. They named the company after Abraham Lincoln. Originally Lincoln mainly assembled aircraft engines as the U.S. was still involved in the First World War. However, the company manufactured automobiles as well. In 1917, they launched the first car, the Model L with a V8 engine under the hood. It was marketed as a luxury car and competed with Cadillac models. After the end of the war Lincoln focused on vehicle production. Though, the company suffered from financial issues and in 1922 it was acquired by Ford. In 1923, Lincoln introduced several body styles, including a 2-passenger roadster, 4-seat phaeton, 4-door sedan, 7-passenger touring sedan and limousine. Despite quite a high price, their models became popular. Since that time Lincoln vehicles have been synonymous with luxury and refinement.

Nissan was set up in 1933, however, the company rooted back to the 1910s. It was originally named Jidosha Seico and received its current name the next year, in 1934. It was an abbreviation for Nihon Sangyo, the name of their holding company, used on the Tokyo stock market. Originally they manufactured trucks, engines and airplanes for military needs. After the end of the war, Nissan expanded their presence worldwide and in 1958 the company’s models were launched in the U.S. In 1981, the automaker dropped the Datsun name and since that time the company has been marketing vehicles under the Nissan badge. In 1984, they launched a tuning division, Nismo, and five years later a luxury division, Infiniti, was established. The current Nissan lineup is wide, it includes passenger cars, electric cars, crossovers, pickup trucks, sports cars, minivans and vans, and commercial vehicles.

The world’s largest and one of the most reliable car manufacturers nowadays, Toyota was established in 1937 by Kiichiro Toyoda. It was spun off from Toyota Industries, Kiichiro father’s company, to produce vehicles. The first passenger automobile by the company, the AA, was manufactured in 1936, when Toyota was still a department of Toyota Industries. In the 1940s, they launched additional passenger cars and a pickup truck and by the end of the decade the company built more than 100,000 vehicles. Several decades later, in 2012, Toyota reached a milestone of 200 million models produced. The same year, the company became the first automaker to manufacture more than 10 million units per year. Besides, the Corolla by Toyota is the best-selling vehicle in the world with more than 40 million versions sold. The hybrid electric market segment is also led by Toyota, in 2016 they sold the 9-millionth hybrid vehicle.

Create your own review 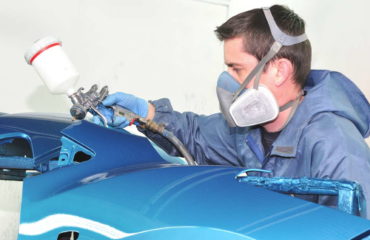 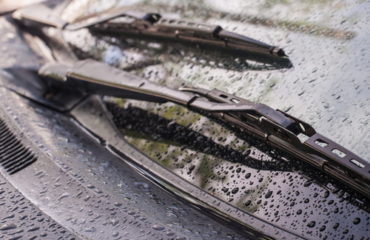 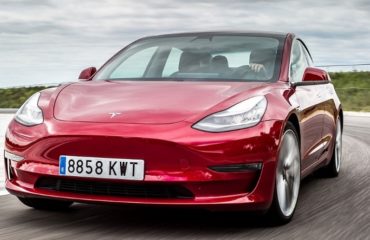